IKEA’s Guide on How to Make in China 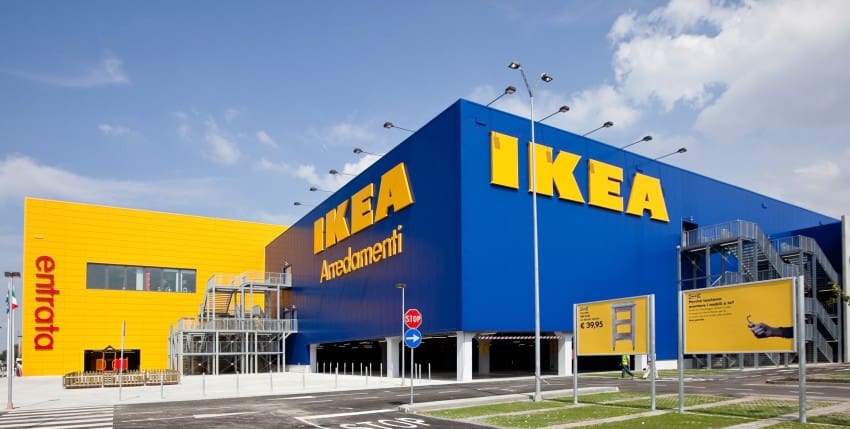 IKEA. During the course of 73 years, blue and yellow giant made its way into most of the countries. Currently it has 392 stores around the globe. Impressive? It gets even better. Did you know that IKEA uses 1% of the world’s wood every year or that 1 out of 10 Europeans is conceived in an IKEA bed (wonder how did they count this). What is more interesting, is how Swedish retailer executed its foreign operations. However, IKEA’s entry to China is of particular interest. Although, there were many factors that contributed to IKEA’s success, we have pinpointed several, which are the most crucial ones.

On top of all that, IKEA had to adapt its DIY (do-it-yourself) concept to the Chinese realities. Since labor is cheap there, most of the people don’t feel like assembling furniture themselves. Whereas in the west, customers look at DIY as a chance to save money. For this reason, Swedish retailer offers fee-based assembly services and provides local home delivery and long-distance delivery to major cities in China. Differences in approach are reflected even in assembly services description. See how UK version of the website highlights benefits of DIY right-away:

Whereas English version of Chinese website mentions that only in the very end.

Despite many challenges (e.g. cultural differences), there is one in particular that IKEA has deal with almost on every day basis. It is completion or to put it more precisely – copycats. For the country, that has successfully created google of its own, copying coffee table and offering it with a lower price doesn’t seem to be a problem. Sometimes, imitators tell their customers flat-out that they can copy any item from the IKEA catalogue. As Ulf Smedberg, marketing manager of IKEA China, said:

“Some furniture stores keep IKEA catalogues in their store and tell customers that they can reproduce the furniture at a lower price”.

How about that? So instead of enforcing legislation (which is quite week when it comes to these matters) IKEA did what every brand must do in such environment – differentiate itself. By using local microblogging website Sina Weibo (aka Chinese twitter) Swedish retailer targeted audience that can appreciate brand values. Typically, it is individuals between 25-30 who have relatively higher than average income and are open to Western lifestyle. IKEA’s social media team engaged in discussions, shared user’s pictures with newly bought furniture. Additionally, IKEA used this platform for dealing with customer’s complaints. After all, people want to see a brand that is always “there” in case of any questions or issues. By communicating with its audience in such manner, IKEA strengthened the brand and differentiated it from competition.

It is also important to mention the way website is localized. Apart from the local version it also has an English one. It is aimed at English speaking audience living in China. Most importantly this version isn’t simply a copy of UK or American websites. It presents all content from the Chinese web translated directly into English. It is very thoughtful approach proving that IKEA invested into market research to identify most common language groups.

Although, IKEA positions its products as affordable, in China it wasn’t quite so. Due to the low labor costs and high import taxes, IKEA’s products were more expensive than average. Since Chinese customers are notoriously price sensitive, even a small difference can deter them from making a purchase. To tackle this IKEA opened a number of factories in China and used local sourcing for manufacturing of the products. Around 65 % of the sales in China comes from local sourcing. However, it can be a bit tricky since local manufacturers may produce parts for other furniture retailers. Nevertheless, IKEA managed to decrease prices by more than 60 % since 2000. For example IKEA’s “Lack” table cost 120 yuan (around €14) when company first came to the Chinese market. Then price went down to for 39 yuan.

Standardization or adaptation, that is the question. Success of your product/service in the international environment usually depends on how you answer it. If you opt for standardization, your product may not click with local customer needs. If you decide to adapt the product, it can cost you a lot. Moreover, you are in the risk of having diluted brand image. Most of the time though, answering this question means striking healthy balance between two approaches. IKEA, which offers same range of products in every country, certainly couldn’t adapt them for every one of them. Since typical Chinese apartment is quite small, IKEA’s furniture was a bit bulky in the beginning. This is why Swedish retailer had to adjust product sizes so they will be in tune with reality. Additionally, layout of the IKEA store matches typical size of the apartments and also includes a balcony section (since most apartments have it).

Store location should reflect the reality of the market condition as well. Traditionally, IKEA stores are situated away from the city, this why shoppers usually travel there by car. In China, however, percentage of car ownership is not high. Therefore, IKEA had to situate its stores on the outskirts of the city so people can go there using public transportation.

Here is what Quora users think about the matter:

What are the main factors for IKEAs success in China?

Have you ever felt tired of shopping to the point you would just lie in the store to get a power nap? Well, that’s what Chinese shoppers do in IKEA. Looks like in China this is some kind of unspoken tradition to unwind a bit on of the couches/beds after shopping. On the second thought, it makes sense. Before buying a car, you test-drive it. So why can’t you do the same with a bed?

Expanding your brand overseas is no easy task for sure. In these matters, it is always good to work with people who know how to approach international market. Here at gFluence we help various businesses with executing their international SEO strategy to its fullest potential. Check full spectrum of services that we can provide for you.